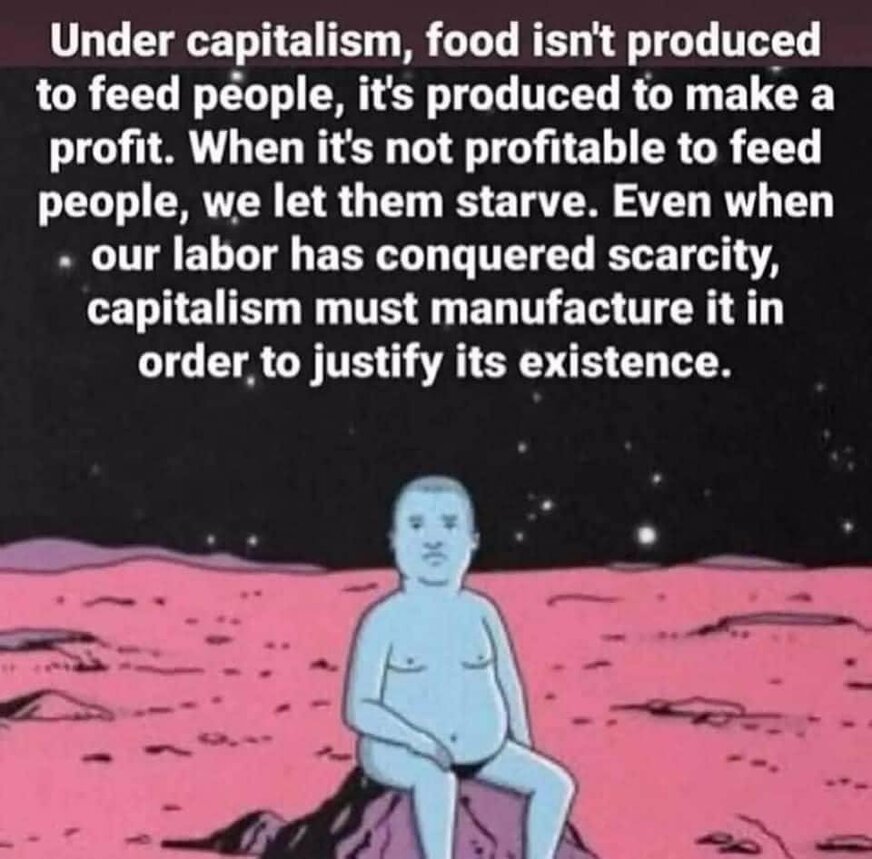 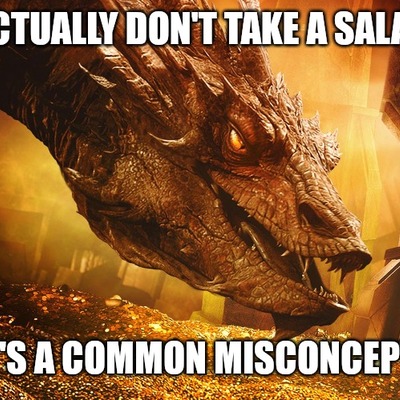 Oof, I did not phrase that well.

the curious case of Julian Assange is the watershed moment. So much is riding on it.

Do we live in a dystopia? Do we have the moral duty to fight a system that is beyond reproach yet has more power than any system in history has had over the lives and thoughts of private citizens? (Let's ignore the absolute power held by the chain and the whip over people who couldn't be called "private citizens" - I'm referring only to those cases where people are told they're free, expected to take part in society somehow, even granted the right to vote. Yet.

What it really comes down to is:

Or do we live in a dystopia

but at the cost of making the division between rich and poor permanent boundaries.

"You will own nothing and you will be happy"

The poors already own nothing.

But let's make them happy about it so they'll drop it

For those who are rich now to continue gathering all the wealth
/and/ have the poor and ‘middle class’ also own anything.

in comes the meta verse

Apes and Zombies. In various states of bewilderment, intoxication, anxiety, numbness.
But fundamentally, for all their bling bling, the same dehumanised and bewildered meme-person. Fungible.

So that ten thousand years from now, when the caste system morphs into full-blown species bifurcation, it will all seem like it was just the natural flow of things.

“They’re not slaves - they’re more like pets. They enjoy their lives. They don’t live long enough to really come to any understanding anyway. It would be a waste to educate them to the same extent we do The Real PeopleTM”

then we cannot also prosecute assange.

Life could be better. For all of us. There’s a lot to do. The perspective i take is societal. This is because I find it boring to consider myself with my wellbeing directly. “The measure of a society is how it treats those worst off” - I merely report from a position of knowing what that looks like. Being able to imagine what I didn’t experience. Having been saved from ruin a few times by my mother.

I dropped out and nobody cared. I dropped out and went nowhere. There’s is no aftercare or wellbeing element baked into university. It’s not like high school, where you’re a kid and they take charge of you. 18-24, while still very formative, is written up as adulthood. Really, I highly recommend a reshaping of society where 18-24 year olds aren’t mangled the way we mangle them in ours, currently.
Although apparently, the ‘drown them in stress’ phase starts much earlier, really in school already.

Oh, the pressure to perform! And all of it made that much heavier
By the tax burden, and the rent burden. Especially the rent burden. And the profit margin of the monopoly grocery stores. And the advertisements that seek to leave you no room to think or breathe your own thoughts.
###
### Notification Hell

Notifications aren’t bad As Such - it’s the hollowing out of the rewards cycle in the brain chemistry they cause that make them suck.
What’s supposed to come with a reward - the immediate response of a red dot, something interesting to investigate. High contrast stuff.
Instead it’s a chore, or another temptation to resist, or another .. ugh. nag. struggle. Yes that! That feeling!

Not in the marketplace of ideas we have of ourselves. The marketplace of who we think we are.. w
Why you’re still on Facebook precisely because even though you recognise the threat Facebook poses, you know the safety of your connections with your family is needed more.
Nobody likes the meta verse. But it has ensnared us all.

We’re being milked. And it literally is the milk of human kindness: our desire for each other, especially when we are and feel isolated, we yearn for each other all the more. That is a potent river to dip your paddle in, to drive a rotor, and maybe your fridge
But what if you need more power? More data? You dam it up. You restrict the flow,
The experience is deliberately frustrating & limited.
To make the output, the content, more controllable, more direct able, and every joule and like and heart and excitement and juiciness of it belongs to you

If you have no feelings of your own
Will all the feelings of the rest of the world do?
To satisfy you?

<picture of the ˜Zuckster_ previously known as the human being mark zuckerberg. Very sorry to contribute to the dehumanisation of mark Zuckerberg but I didn’t start that fire. I think. Ok maybe I remember it happening and did nothing to stop it. So he probably .. got worse. You know, we create our own villains by sending them all these vibes.
I don’t think lex luthor would have cared to rule the world if people hadn’t given him any, any, any attention about it.

Remember myspace, where you could do all kinds of things. Or Hyves. Or Tumblr. All the pages where you had room to make it your own didn’t make it. I wonder why that is?
Because they’re not science experiments of human behaviour modification masquerading as social media software on the user end.
They don’t make enough money to stay afloat in travis barker concert that is the marketplace of ideas.
Too soon?

Oh, people have been crushed every day in just as much duress and tragedy by the system I’m trying to describe. This tragedy just happened to make the news because it’s such a nice and juicy touchy story with a young black man we all love to hate because it’s righteousised this time. The media is in on it, they call the shots. People coming up with ritual sacrifice backstories aren’t too far off the mark. This spectacle is nothing if not profitable for the media. It’s their best meal ticket since Trump left office. Man, those corporate media shareholders miss trump. That’s why they keep teasing a second season. They’re pitching it.

I really don’t even try to keep in theme this time.

if noone's going to read my tweets they might as well be toots.